Temples lit up with Odissi (The New Indian Express)

Be it on Twitter or Instagram, temples of Bhubaneswar are trending, thanks to a Paris-based artiste Mahina Khanum, who has released a series of pictures online, showcasing the ancient art of performing Odissi against the backdrop of temples in Odisha. In her project titled Lights of Odisha, she has used the technique of light painting to convey the spiritual message of Odissi. Shot by a local photographer, Debiprasad Sahoo, the photographs show Khanum striking elegant poses at Mukteswar and Aisaneswara temples.

Taking the Internet by storm, these photographs have been shot to decode the cultural symbolism and aesthetics of the dance form to global audience. « I have tried to provide the Western audience with tools to better understand and appreciate the wonders of this art form, » Mahina says.

The artiste’s idea of using light painting came up as part of a research on how new technologies can foster interest for Odissi dance while preserving its purity.

This artiste has conducted the project with her husband Avishai Leger-Tanger, who has also produced the first 360° video of Odissi dance.

The picture have been clicked using Pixelstick, fitter with 200 LED lights and a controller. « Since the project involved long exposure photography, I had to remain as still as possible to avoid appearing blurry on the pictures. I had to hold my breath and avoid the slightest move, no matter how many mosquitoes, frogs and wild dogs were sticking around, » she adds.

Khanum has learnt Odissi from Guru Shankar Behera and Guru Madhavi Mudgal. This danseuse has dedicated herself to promote Odissi dance in France and abroad, staging performances in India, the UK, North and West Africa. 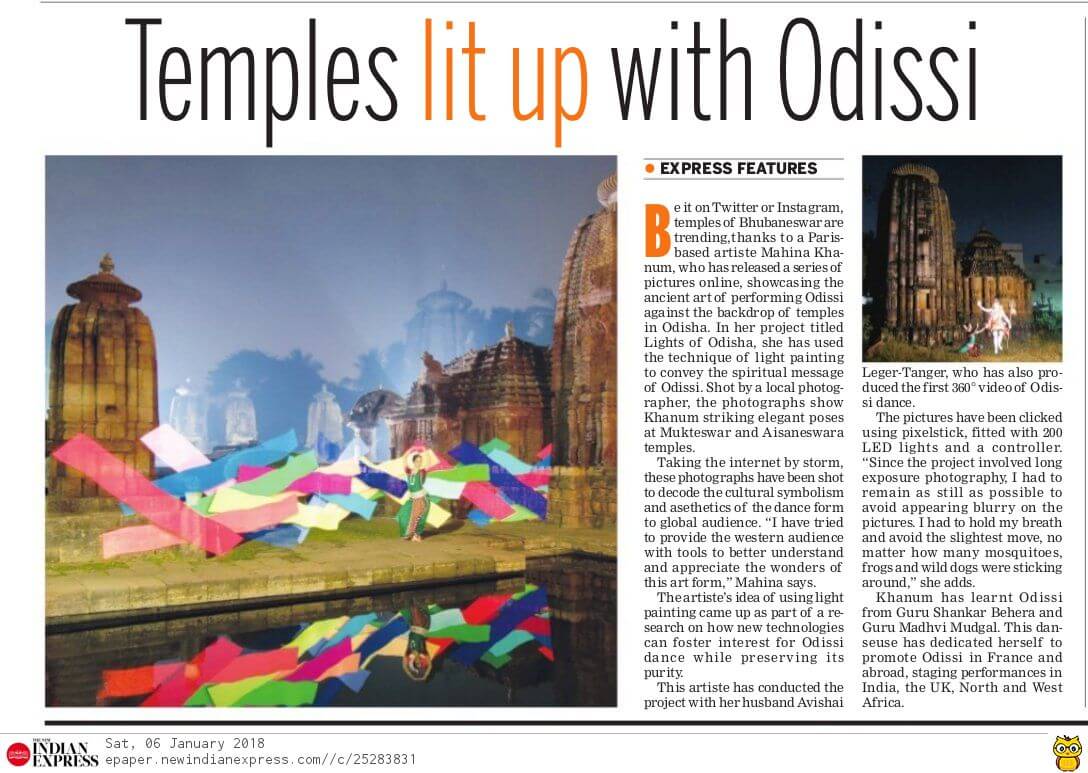